They are followed shortly by Kurt Prenzler and Wolfgang Höft/Hans-Albert König in the GER 66 and Kai Schaefers and Alexander Gary/Andreas Happich/ P. Hollender in theGER 88. 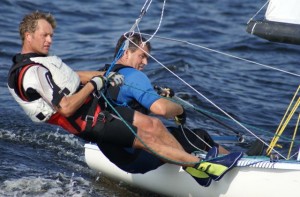