Home / All posts in World Championship

All posts in World Championship 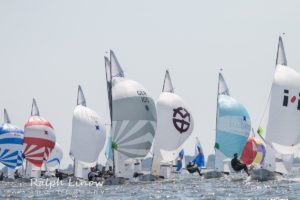 Congratulations to Jorgen and Jacob Bojsen-Møller to become FD World Champions 2019 with a perfect series of 7 points after 9 races with 2 discards! See the finals results on fd-worlds.com

Many thanks to the entire organization team for hosting these great FD Worlds. And special thanks to Sjors Riemslag and Casper Schaaf for their daily reports and interviews on facebook and fd-worlds.com. Great job!

If you want to see photos of the entire FD Worlds go to http://www.saralin.de.

The first day of racing is finished! Follow the FD WORLDS on www.fd-worlds.com. We have great summer sailing conditions: A great club , hot weather, warm water and a sun burn in the face.

A huge gallery of photos from the FD Worlds 2017 are now available. Look here. 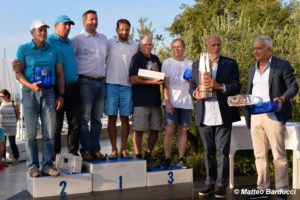 END_OF_DOCUMENT_TOKEN_TO_BE_REPLACED

Today is the start of the final race series. The first warning signal is planned for 10:55. GER 87 Hans-Peter Schwarz and Roland Kirst are leaders of the Gold Fleet. Szabolcs Majthenyi and András Domokos with 7 points just one point behind them. Even the German/Dutch team Markhoff / van Koppen still have the chance to reach for the World Champions title. MARC GER172

PS If you want to see or even order photos from this great series look at www.saralin.de